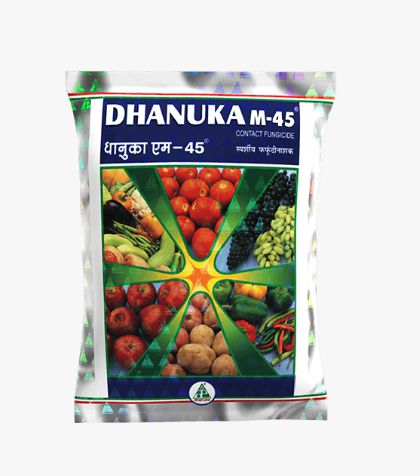 Dhanuka M-45 (Mancozeb 75% WP) is a contact fungicide of the Dithiocarbamate group, which checks the growth of fungus and spread of diseases. It reduces the activity of enzymes in fungus which in turn reduces the energy production and finally results in the death of the fungus.

It is a broad-spectrum fungicide with protective action. The product is fungitoxic when exposed to air. It is converted to an isothiocyanate, which inactivates the sulphahydral (SH) groups in enzymes of fungi. Some times the metals are exchanged between mancozeb and enzymes of fungi, thus causing disturbance in fungal enzyme functioning. 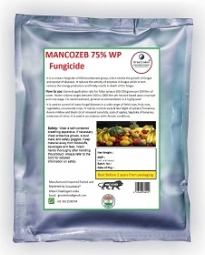 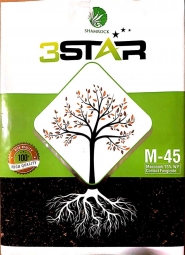 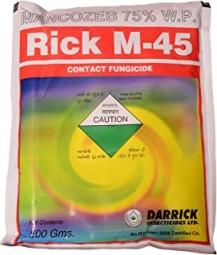 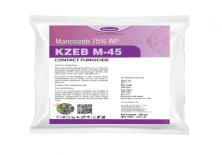